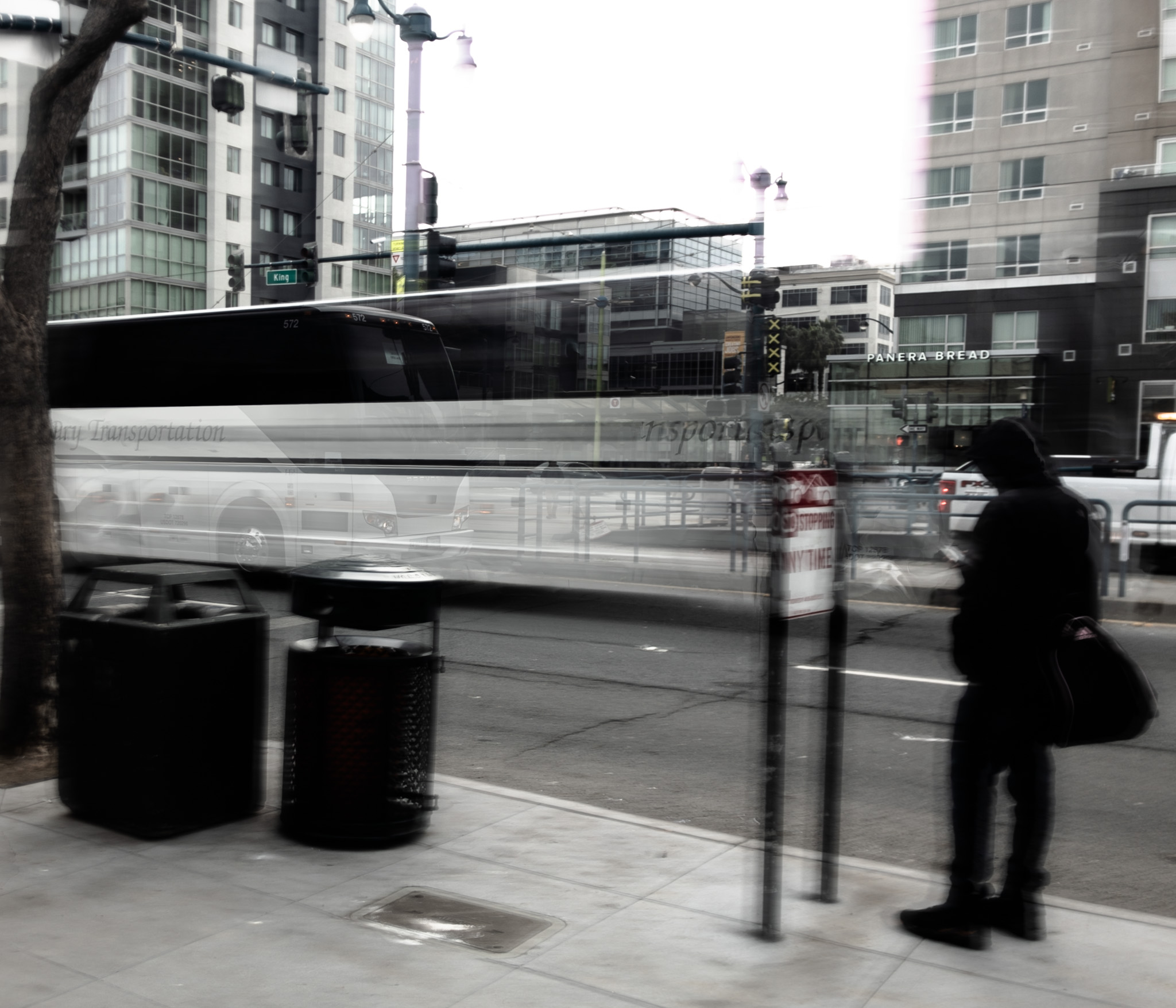 What do you do with a problem like software?

Everyone in technology loves solving problems, you can just read their cover letters and LinkedIn bios where they say so. But what are “problems” in the context of software, exactly?

What follows below is a crude and idiosyncratic categorization of some different problem flavors one might encounter in software development. If this line of inquiry sounds intriguing, I would highly recommend reading the classic essay No Silver Bullet–Essence and Accident in Software Engineering by Frederick P. Brooks, Jr.

You have an accountId provided as an argument to a method you’re working in, but in order to make a required API call you actually need a customerId. There is another microservice that can perform the necessary translation, but the class you’re working in doesn’t have a handle to it in scope. You will need to ensure a valid handle is available to your class at construction-time. However, this service is not currently used in the particular binary you’re working on, so you need to familiarize yourself with the mechanics of the underlying service discovery and runtime dependency injection to wire it all up. Also you now need some additional mocking or stubbing for automated testing of your method to avoid relying on external services. Finally, after all of this you are able to getAccountDetails(), and it is a big hit at the biweekly sprint review.

The preceding stylized fiction is an example of what we could call Code Problems: difficulties encountered in achieving our goals that are largely artifacts of the organization and structure of the code itself. You’re not up against any fundamental laws of nature here, it’s just that, as-is, the code doesn’t currently do what you want and you’ll need to re-arrange a few things to remedy that.

What to do about Code Problems?

Ask this question to 2 software engineers and get 3 answers. Many “best (?) practices” can be interpreted as attempting to minimize Code Problems, such as Test Driven Development (TDD), static type systems, pair programming, Functional Programming (FP), design/code reviews, and so on. Refactoring can help make code easier to work with, but is also likely subject to diminishing returns.

It isn’t obvious (to me) if there exist any conclusive answers or one-size-fits-all fixes. Both Dan Luu and Hillel Wayne have conducted interesting surveys of empirical software engineering research. See for yourself, but the results are generally mixed.

One other thought is that the sums of money at stake in software development are vast. If there were $100 bills of “free lunch” productivity improvements lying on the ground, wouldn’t someone have already picked them up? Of course there would never be any forward progress on anything if people took this line of thinking too seriously, but it would seem surprising for there to be massive obvious wins hiding in plain sight in a such a fast-moving and competitive industry.

As a business analyst, I want to query unlimited amounts of data instantly and for free, so that I can answer any arbitrary question that pops into my head.

Cloud-related advertising you might see at the airport notwithstanding, both the data and calculations required by the aforementioned use case are, at present, regrettably carried out by physical storage and compute devices, with all of their attendant costs and limitations.

It may be a bit obvious or simplistic to put it this way, but this physical reality means that

These (ultimately) physics-imposed constraints (of current technologies) can therefore, in some sense, be described as ‌Physics Problems.

What to do about Physics Problems?

For reasons that are probably fascinating in their own right, Computer Science education seems to pay a great deal of attention to this topic. Let’s define Computer Science Cleverness™ as the study of how to eke out a bit (or a lot) more “bang for the buck” by organizing or implementing our systems differently. This could include things like caching tricks, improved algorithms, well-suited architectural choices, or various micro-optimizations up and down the stack.

Armed with our requirements and Computer Science Cleverness™, we then have (at least) three possible ways to deal with Physics Problems:

Given the Net Present Value (NPV) of a delivering software solution today versus waiting for Physicists and EE’s to invent solutions to your problems, teams tend to opt for some mixture of 1 and 2 in practice.

If people do not believe that mathematics is simple, it is only because they do not realize how complicated life is. -John von Neumann

On this topic, I would highly advise checking out Hillel Wayne’s recommendation of Data and Reality. In the very first chapter of that book, seemingly trivial everyday notions (“what is a thing”) are thoroughly inspected, and quick or easy answers are mercilessly ripped to shreds. What is so difficult about encoding “common sense” in software? At least part of the issue is that the dumb precision of code necessitates explicit reckoning with a combinatorial explosion of subtleties that, in everyday life, can (usually) be successfully navigated well enough by an embodied human intelligence capable of combining contextual cues with prior knowledge. This gap between human day-to-day reasoning capabilities and the effort required to codify “correct” behavior in software is an endless source of challenges and bugs.

For another perspective, talk with anyone who has ever worked on medical or governmental software. The dizzying complexity of the target bureaucratic system cannot help but be reflected in any software designed to interact with it. These concerns constitute Reality Problems, and these challenges are more or less irreducible, inherent to the real-world objectives of your software development endeavors.

What to do about Reality Problems?

Can we find an easier reality? Here it may be beneficial to widen the scope of your solution space to include the context in which your software will be used. If 0.001% of cases require escalation to some human judgment, maybe that’s ok, especially if excluding those cases from the scope of requirements for the software may make things 1000x easier.

Zachary Tellman’s fascinating Elements of Clojure articulates this nicely. Paraphrasing an idea that I found particularly resonant from that book, we could say that what is commonly meant by “over-engineered” is that a system correctly handles a broader range of inputs or operating conditions than is necessary or intended, whereas conversely an “under-engineered” system exhibits degraded or undesirable behaviors in some contexts in which we do wish it to work properly. Distinguishing between the two, especially in collaborative work, therefore requires carefully establishing a common understanding of the target environments and use cases.

Setting aside code organization, performance/resource constraints, and the mind-boggling complexity of the real world, there is still the actual original problem you are trying to solve, eg enabling the user to buy a widget from their phone. Assuming the problem itself is indeed the right problem (a major undertaking on its own), how can we achieve the desired goals?

What to do about The Actual Problem?

A particularly memorable Computer Science course I had the opportunity to take was Special Topics Seminar in Approximation Algorithms. Besides the fascinating content and expert instructor, part of what made it interesting was that the other students in the class were deeper specialists in CS Theory than I had typically encountered. I was struck by the ease and rapidity with which, upon seeing essentially any algorithmic problem, my classmates would pause like the Mentat in Denis Villenueve’s Dune for 2 seconds before proclaiming something like “reduces to Hamiltonian Cycle.”1

Mapping new situations to a “vocabulary” of known patterns is a powerful technique that seems to recur across domains2, and it is not clear why software should be any different. To what extent is your specific task a completely unique snowflake? Accepting that even highly innovative systems contain many “commodity” problems, much of the work becomes deconstructing your situation into its atomic pieces, mapping them to known solutions, modifying or adapting them to your specific circumstances where necessary, and appropriately combining them to yield the desired result.

This is not to say one can simply master this vocabulary and relax. Rapid evolution in hardware, infrastructure, ecosystems, and tooling mean that yesterday’s solutions may not map perfectly to today’s problems. A solid understanding of the strengths, weaknesses, and nuances of different techniques is critical to applying them intelligently in new situations.

Which problems are the most important? As the classic senior engineer maxim goes: “it depends”. In any given context, it becomes a meta-problem to identify, categorize, and assess the severity of the various problems, as well as to understand the relationships among them. For example, code that is highly optimized for performance (to solve Physics Problems) may be tricky to later refactor or extend, creating Code Problems for future engineers (possibly including your future self). Navigating this dynamic portfolio of interrelated problems is arguably a significant piece of what effective software engineers get paid to do.

Furthermore, this discussion has focused primarily on problems associated with the code itself. Many of the thorniest challenges occur at a remove from the technical details, having to do with concerns at the “human level of the stack” such as coordination, communication, and alignment. These deserve an altogether separate discussion.